Director Andrew Wale and musical director Perrin Manzer Allen were looking for a choreographer to remount Anonymous Society, their musical project on the works of Belgian singer Jacques Brel and invited dancer/choreographer Sidi Larbi Cherkaoui. The ‘new’ Anonymous Society, guided by Cherkaoui’s daring theatrical choreography, premiered in Ostend, during the festival Theater aan Zee. It went on to the Edinburgh festival where it became a huge hit. The production won several awards including the Fringe First Award and the Total Theatre Award in Edinburgh, and the Barclay Theatre award in London in 2000. The piece was a surrealistic journey of five men and three women interacting in a living room. The emotional themes in Brel’s music were danced and sung live by the performers. Cherkaoui’s character was like an angel, ghost or echo of the other performers, gluing everyone together with his gestures. His character was an echo of Andrew Wale's, and they literally exchanged roles towards the end. Flemish singer/songwriter Micheline Van Hautem, still performing Brel’s music up until today, was part of the cast and even danced a fiery tango with Cherkaoui. 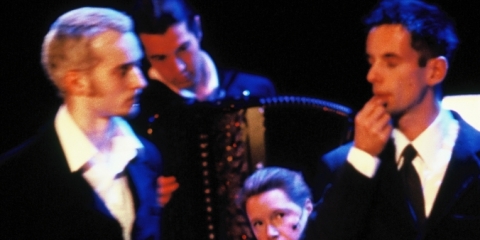 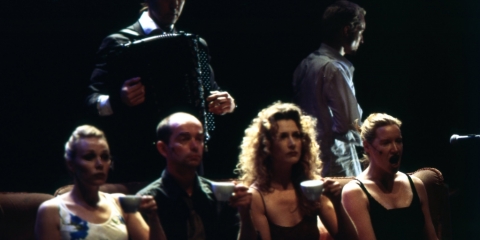