Apocrifu is the first result of the collaboration between Sidi Larbi Cherkaoui and De Munt/La Monnaie Opera House in Brussels. It starts where one of the characters of Myth, the librarian, left off. He continues on a journey questioning the power of writing. All the major ideologies and world religions, from Marx through Hitler to Mao, and from the Bible to the Koran, refer to (and swear by) a Holy Scripture.  Cherkaoui poses relativism, the equality of all cultures, the equal merit of the apocryphal, condemned writings, and so on, in counterpoint to these forms of 'absolute rightness'.  Set in Herman Sorgeloos' imposing wooden staircase to a desired heaven, (or maybe more of a staircase to throw oneself into the abyss?) books are unrespectfully scattered everywhere. Cherkaoui dances together with Yasuyuki Shuto, a classical dancer from the Ballet of Tokyo, and Dimitri Jourde, contemporary dancer and circus artist. The three dancers try to bring their distinct universes and opposing dance languages together. They are accompanied on stage by the Corsican vocal ensemble A Filetta. After In Memoriam in 2004 this is the second time they work with Cherkaoui. The costumes are from Antwerp based fashion designer Dries Van Noten. 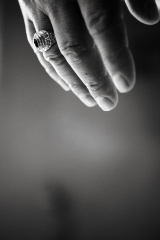 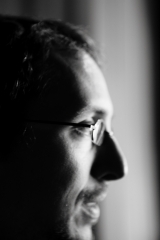 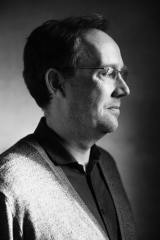 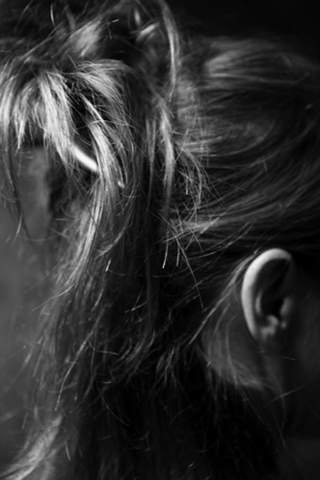 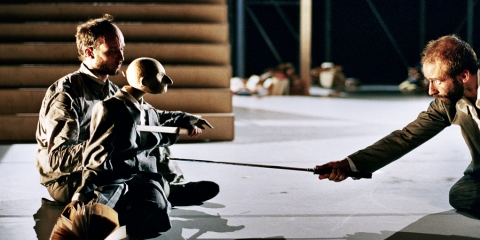 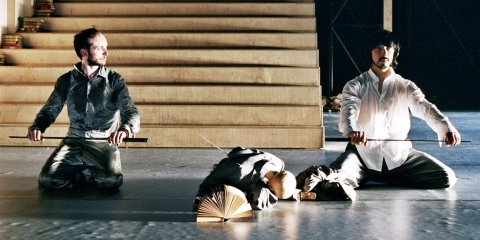