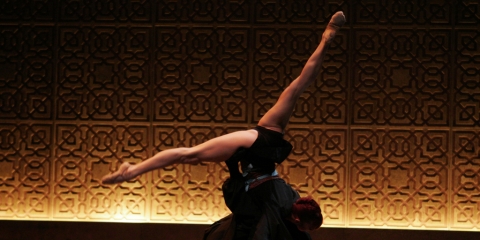 The Grand Théâtre de Genève invited Sidi Larbi Cherkaoui to create a piece for its ballet company. Loin became a crossroads of many distances and differences. Die Rozenkranzsonaten, the 17th century music from Heinrich Ignaz Franz Biber, interacted with the contemporary movements developed by Cherkaoui and assistant choreographer Nicolas Vladyslav. Wim Van de Cappelle's set, a huge Moorish wall surrounded by floating drapes met the Japanese inspired costumes of Isabelle Lhoas. Yet within all these differences an esthetic unity was found.

Loin tries to touch on the subject of distance. If one wants to get from Switzerland to China, one has to pass so many other cultures to actually get there. The culture shock of touring in China, silly stories of alienation, disgust and cockroaches contrast with the refined movements of Yanni Yin, Chinese dancer of the ballet company. She is the only witness to the hidden beauties of her own home and culture, expressing this beauty in a language we do not understand. At the end, all dancers are piled up into a globe by dancer Manuel Vignoulle. He stands on top of them to see further over the horizon, into the future. 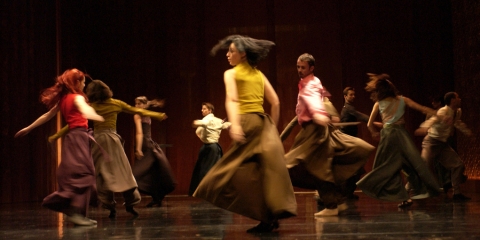 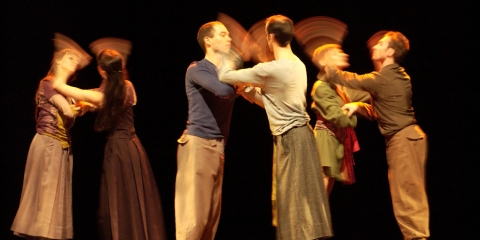