Sandra Delgadillo-Porcel was born in 1982 in Belgium. She grew up in Edegem, where her parents operated a gym. They taught Korean taekwondo, so Sandra got acquainted with martial arts from an early age on. At age 12 she started studying capoeira Angola and later hip hop and breakdance. After secondary school, she studied dance at HID in Lier. During the first year of her training she toured with Ultima Vez "Scratching The Inner Fields” and was understudy with Dansgroep Krisztina De Châtel. At school she was encouraged to choreograph by Marie De Corte and she met choreographers like Iris Bouche, Marion Ballester, Ann Van den Broek, Sidi Larbi Cherkaoui... with whom she would later collaborate. She graduated in 2004 with a final stage in Paris, invited by AOXOA Company. Since then, she has worked with Amgod amongst others and has put on her own projects for Villanella and fABULEUS. In 2015 she received support from Kunsten en Erfgoed- Vlaamse Gemeenschap for an artistic residency in Isola Comacina, Italy and in 2016 in Cité des Arts Paris, where she works on her own performances. She travels whenever she can. Because she grew up in Europe, but has Bolivian roots, she is open to the world and was curious to discover capoeira in Brazil, reggae in Jamaica, break dance in New York, the culture of her native Bolivia, salsa in Cuba...

Through her father, who, as a doctor, specialized in homeopathy and acupuncture, she became fascinated with natural remedies and the (healing) power of nature and the human body itself. This prompted her to open an exotic cocktail bar and world kitchen in Antwerp in 2008, Mama Matrea.

In 2014 she founded “De Dansfabriek”, a school for contemporary dance for children age 3+.

With Sidi Larbi Cherkaoui she worked together for the show “Babel(words)“. 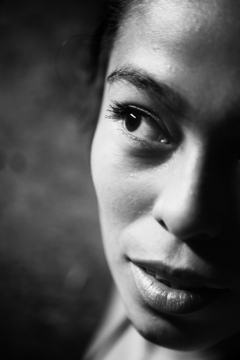