We may never have spent this much time with our own selves. We certainly have not been this earth-bound, this rooted to our immediate environments, for decades.

In 2013, Sidi Larbi Cherkaoui highlighted various shades of the couple as dyad, as an essential unit of life, through 4D, his suite of duets. Today, with 3S, he turns his gaze on the lone self: solitary yet inevitably bound to the world, to the specificities and universalities of the habitats that nurture, endanger, and define each of us. 3S marks a reunion with three dancers: Nicola Leahey, Kazutomi “Tsuki” Kozuki – longstanding associates – and Jean Michel Sinisterra Munoz, formerly of the GöteborgsOperans Danskompani, where he had been a part of Icon.

All three draw invisible lines between the lands they were born in — Australia, Japan and Colombia respectively – thus forming a giant triangle across the globe, one whose vertices may be far-flung, but whose medians touch us all. So it is with the themes evoked in each solo. Nicola Leahey channels the late poet Alice Eather’s powerful words about the wanton abuse of ancient forests by multinational corporations, a legacy of the colonial oppression of Aborigines. Kazutomi Kozuki evokes both individual and collective trauma over nuclear disaster, the damage it wreaks on bodies and land, the visible and invisible wounds that do not heal. Jean Michel Sinisterra Munoz finds reflections of Colombia’s guerrilla warfare – with its deadly capacity to draw in the very young as combatants – in the juggernaut of Syria’s civil war.

Songstresses Ghalia Benali, Patrizia Bovi and Tsubasa Hori join the dancers to give voice to and, conversely, pierce the depth of human solitude and sorrow. Filmmaker Sabine Groenewegen’s images act as portals that transmit elements from the outer world to the stage, or could it be other way around?

Distances collapse and strangers can become kin, for, as Cherkaoui says, echoing Warsan Shire, “When the planet is in pain, we are in pain.” 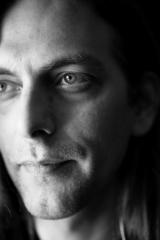 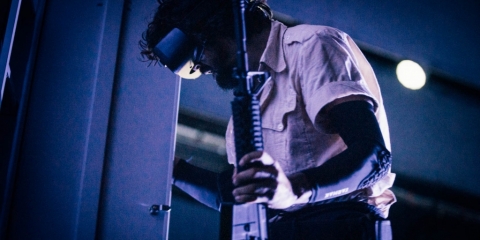 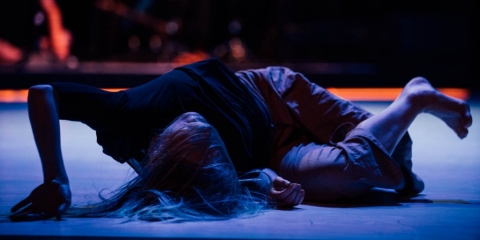 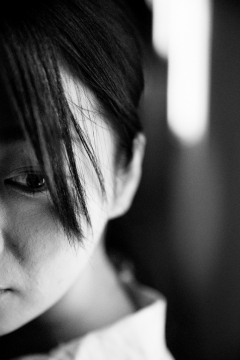 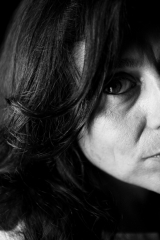 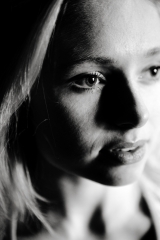 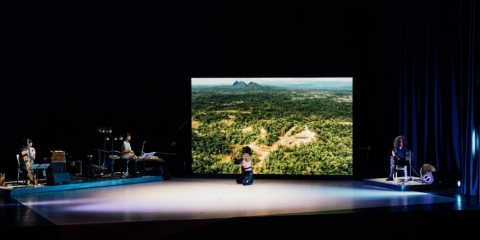 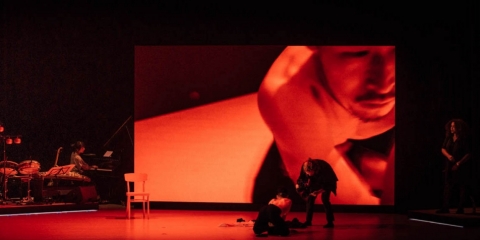