Damien Fournier was born in 1977 in France where he is currently based.
At the age of 13, he fell in love with the circus and immediately signed up at the regional circus school in Toulouse, where he trained for five years before moving on to the National Centre for Circus Arts in Châlons (France). There he crossed the ways of Mario Gonzales, Francis Viet, Pal Frenak and Pierre Doussaint who influenced his career. While at the CNAC he got drawn to the creative universe of artists like Guy Alloucherie and Josef Nadj.
After an injury during the exit show of the Cnac, Slowly, he decided to dedicate himself to contemporary dance entirely and left the circus world behind him. This meant a mental change as well. He turned to something more introspective, intimate. After school, he worked with Alloucherie (Les sublimes), Giorgio Barberrio Corsetti (Paradiso, Argonauti), Kitsou Dubois (Traversées). With the latter he discovered the parabolic flight (zero gravity) which was an extremely inspiring experience. He worked with Josef Nadj (Il n’y a plus de firmament, Asobu) where he collabored with Mariko Aoyama, Yoshi Oîda and Jean Babilé.
He discovered Sidi Larbi Cherkaoui in Iets op Bach by Alain Platel, which impacted him deeply.
In 2006 he joined Sidi Larbi Cherkaoui on Myth. Damien Fournier is impassioned about widening the vocabulary of dance through sources as diverse as sign language and personal narratives. Since Myth, he stayed involved with Sidi Larbi Cherkaoui and Eastman. He acted as assistant-choreographer, rehearsal director and dancer in Sutra; show in collaboration with shaolin monks from the Henan temple, dances in Babel (words) co-written with Damien Jalet, Puz/zle, 4D co-written with Damien Jalet and M¡longa, participated at the movie Anna Karenina, 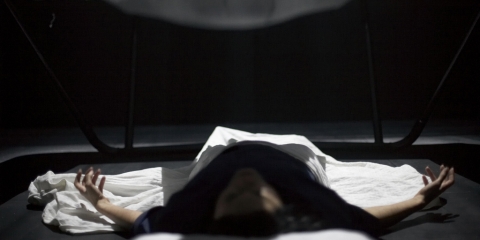 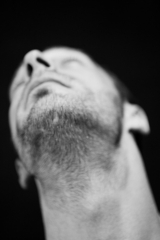 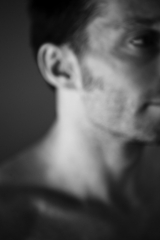 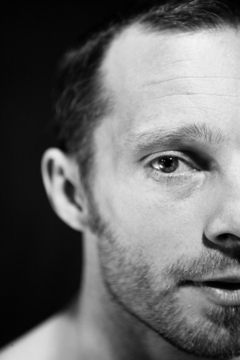 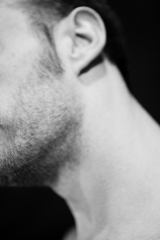