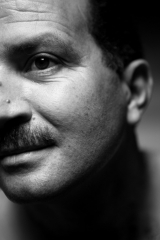 Born in Tangier, Mohammed El Arabi-Serghini started to train as a singer in the Zawiya (Islamic monastery) and later in the Tangier Conservatory, until he was invited to be the first soloist singer of the Conservatory Orchestra. He has been awarded the Premio Nacional de Música Sufí in 1992 and 1993 with the group of Sheik Mohammed El Mehdi Temsamani. As an Andalusian music specialist, he has mastered the Andalusian violin (that is played on the knee) and percussion instruments. Since 1994 he collaborates with Eduardo Paniagua in concerts and recordings of the Hispano-Moroccan Ibn Báya Ensemble, and later with the Tre Fontane Ensemble. He also runs his own ensemble called EL ARABÍ. In 2005, he contributed to the soundtrack of Ridley Scott’s Kingdom of Heaven. Mohammed El Arabi-Serghini worked with Sidi Larbi Cherkaoui for the first time in 2009 for the creation of Dunas, co-directed by flamenco dancer María Pagés. 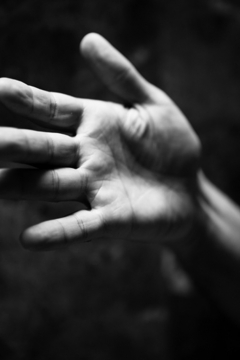 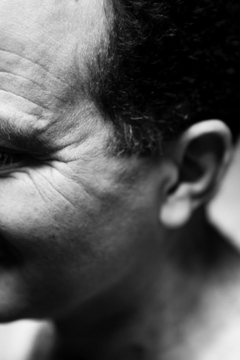 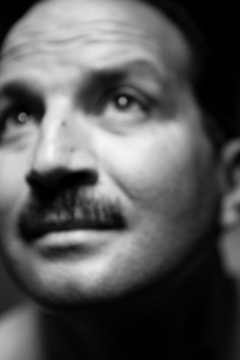