Invited by artistic director of 420PEOPLE, Václav Kuneš, Sidi Larbi Cherkaoui presented a work-in-progress at the Czech dance festival Tanec Praha in 2017, a performance titled Nomad - with dancers of Eastman (Nemo Oeghoede, Antonin Rioche, Nicola Leahey and Mabrouk Gouicem) and 420PEOPLE (Francesca Maria Amante, Sabine Groenendijk, Vojtěch Rak and Filip Staněk). From this artistic research originated a new creation in 2019, in which Sidi Larbi Cherkaoui and Eastman further developed Nomad into a full-length performance. Sidi Larbi Cherkaoui pieces together a mosaic drawn from the animate and inanimate elements of the desert. Meanwhile, from the dance floor, we get glimpses of the fluidity and adaptability of creatures that thrive in the harshest of conditions; the beautiful transience of sand dunes and winds that change direction and shape and speed in the twinkling of an eye; the intense physical and emotional thirst, the yearning for water and safety, for consolation that guide both animal actions and the human quest for spirituality. And above all, the spirit of togetherness, of friendship and symbiosis, key to survival and evolution in an arid world that would be insurmountable alone.

After Qutb, Mosaic and Stoic, Nomad is the fourth piece with music by Basement Jaxx artist Felix Buxton, based on the Middle-East. Also, it is the fourth collaboration with fashion designer Jan-Jan Van Essche, after Icon, Satyagraha and Memento Mori. His costumes for Nomad are inspired by the richness of fabrics that inhabitants of the desert wear to protect themselves from the heat. And just like in Faun, there’s a giant image filling the back of the stage: Not a forest this time, but a desert. This desolate landscape is a metaphor for ultimate freedom, but also for the impossibility to survive. We even get the feeling that this landscape is not in our own trusted world, especially when the animated backdrop shows the earth floating above the horizon like a moon. The dancing nomads seem to be isolated in this environment, like the world today sometimes seems like a desert in the eyes of minority groups, a dangerous place to be in. 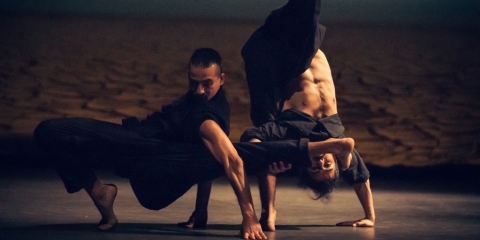 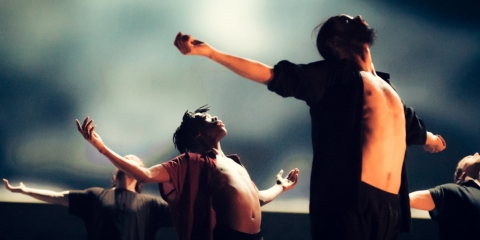 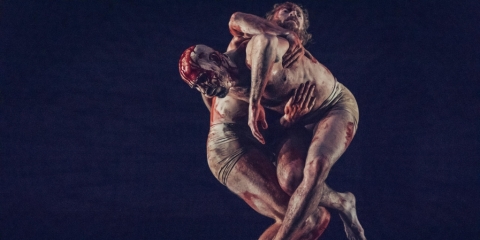 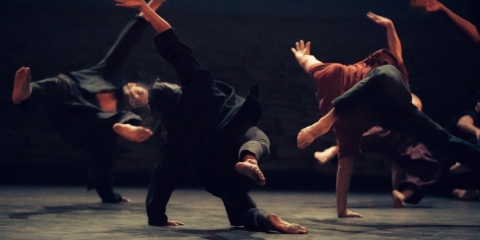 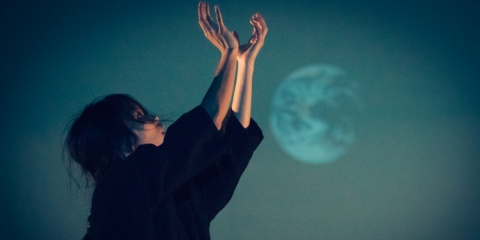 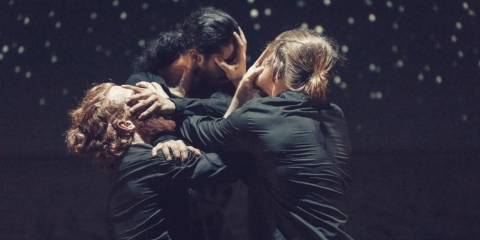 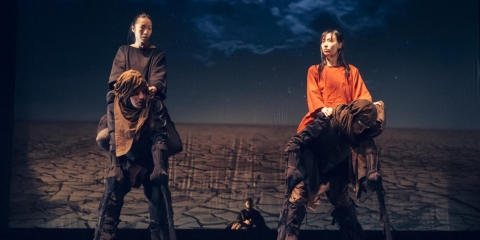 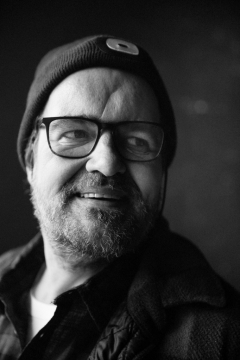 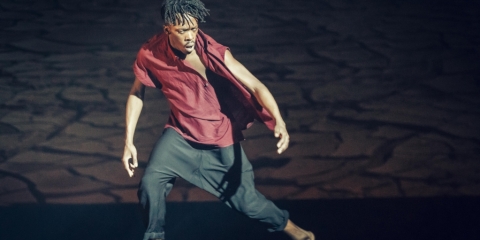