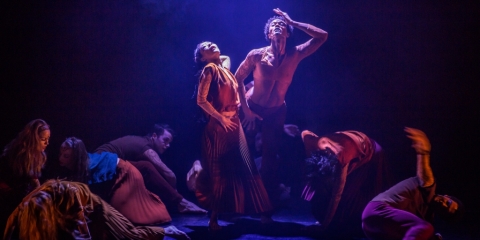 Mosaic, the work Sidi Larbi Cherkaoui has choreographed for nine dancers of the Martha Graham Dance Company, premiered on the 15th of February 2017 at the Joyce Theater in New York. Set to a score by Felix Buxton that incorporates Lebanese, Sephardic and Syrian music, among other styles, Mosaic is a reflection of Sidi Larbi Cherkaoui’s own lifelong yet ambivalent connection to Islamic culture.

“Mosaic is inspired by the energies and sensuality of the Middle East, and is my attempt to piece together, juxtapose, and uncover its different facets and paradoxes. Since my childhood, I have been exposed to the aesthetics specific to the Orient, from the calligraphy to the architecture, and the mosaic in particular have always held a fascination for me. A small repetitive pattern, it is mathematical in its application, and inevitably yielding a finished work that is a total departure from the individual piece and much larger than the sum of its parts. I wanted to use it as a starting point for my choreography, to exploit its fractal quality in dismantling clichés, and use its central idea as a building block, to create movement that is organically reminiscent of creatures and images we associate with the region as well as suggestive of the mystery the Middle East evokes.” Sidi Larbi Cherkaoui 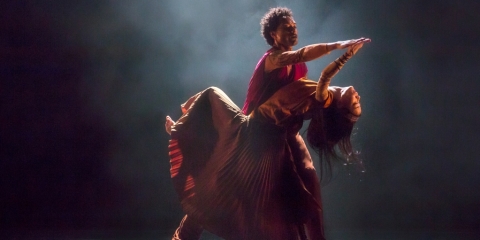