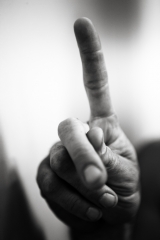 His parents pushed Dimitri Jourde, born in Paris in 1975, at the age of 9 towards the circus school of Annie Fratellini hoping this would channel his energy and calm his reckless risk-taking. Initially taken as a playground, he discovered the world of circus and acrobatics.

He moved to Champigny sur Marne where he started his high school. Here he discovered hip hop, breakdance and everything that goes with.

He went on to study at the Ecole de Cirque de Rosny-sous-bois and the Centre National des Arts du Cirque (CNAC), where he discovered contemporary dance, capoeira and followed some courses of Peter Doussaint which gave him the desire to persevere in this direction.

He graduated in 1998 with the show  c’est pour toi que je fais ça  directed by Guy Alloucherie and participates in the creation of the company « le Cirque Désaccordé ».

The year after he joins the dance company Kubilai Khan Investigations with whom he experimented and invented his own vocabulary through various techniques and encounters. He created with Kubilai: S.O.Y. (1999), Poko dance (2001), Mecanica Popular (2002), Gyrations of barbarious tribes (2005).

Together with Company MPTA, he created the solo XEBECHE in 2010. In 2011 he assisted in the creation process of UTOPISTES, a creation dedicated to the Théâtre des Célestins in Lyon. He assisted Sidi Larbi Cherkaoui on the movie Anna Karenine by Joe Wright in 2012. In 2014 he participated in Celui Qui Tmbe by Yoann Bourgeois and in 2015 in The Guest by Zero Visibility Corp. 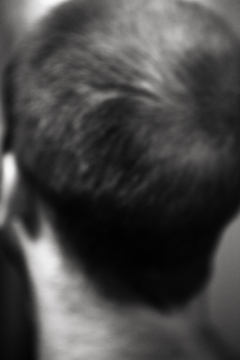 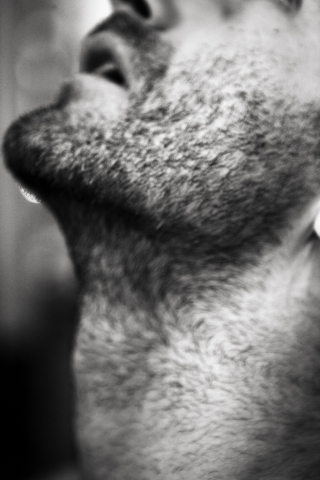 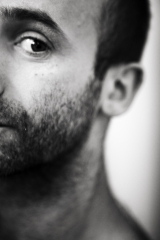