Asked by Flemish theatre group Olympique Dramatique to choreograph some sequences of their musical, Cherkaoui accepts the challenge and brings in dancer Laura Neyskens (as an out of place Bollywood character) and assistant choreographer Iris Bouche to create a world of movement on the songs the actors perform. The story tells the tale of Neo-Nazi Adam, who is following a reintegration programme in a remote community led by Ivan. Ivan is a clergyman with an unshakable belief in mankind. In response to Ivan's request that he set himself a positive goal, Adam decides to bake a cake with apples from Ivan's garden. This turns out not to be so straightforward. As well as the kleptomaniac-rapist Gunnar, the gangster Khalid, the pregnant alchoholic Sarah and Adam's skinhead friends, the devil also throws a spanner in the works. Or is it God?

Adam's Appels is the first co-production between Olympique Dramatique and Dominique Pauwels (LOD), who turn this jet-black parable by the Danish Oscar-winning screenwriter and film director A.T. Jensen into a musical. The piece is funny and surreal, full of movements and songs. 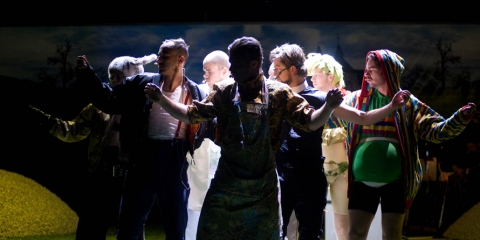 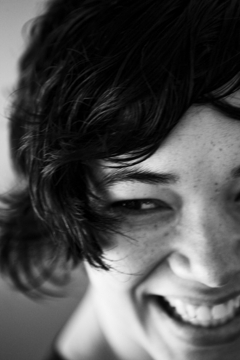 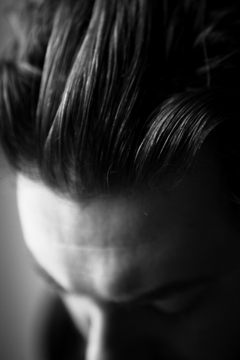 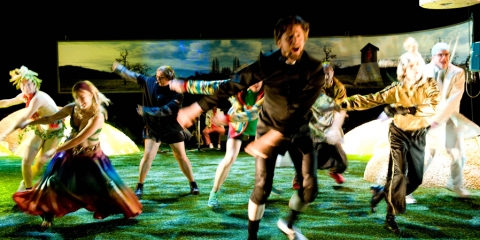 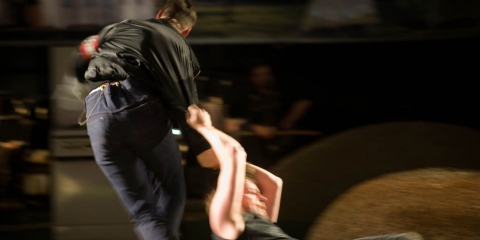